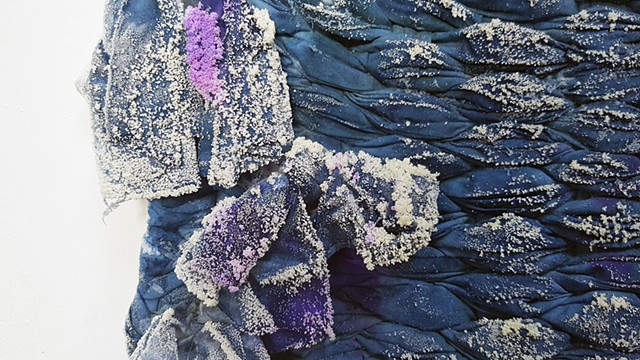 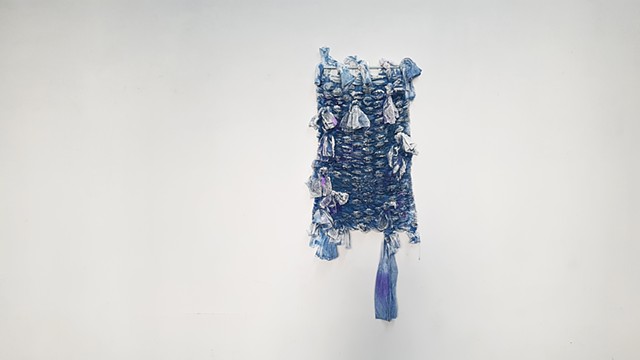 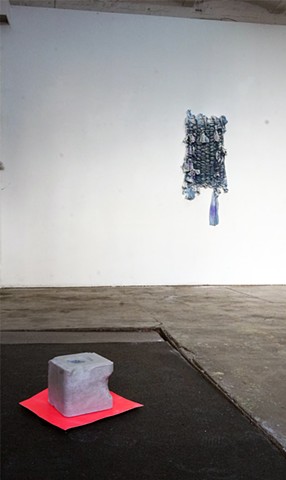 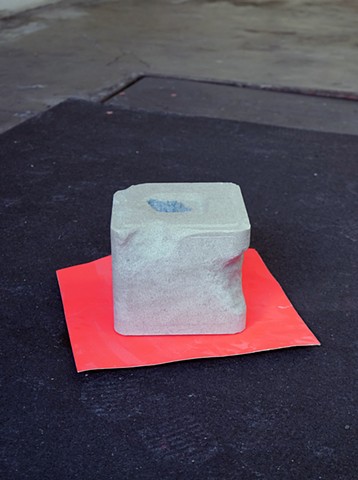 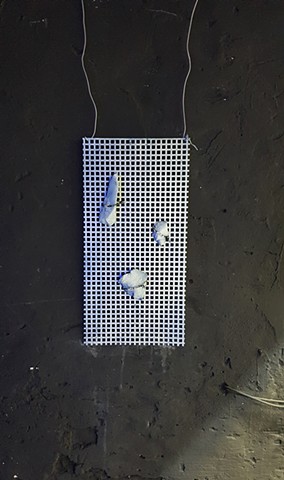 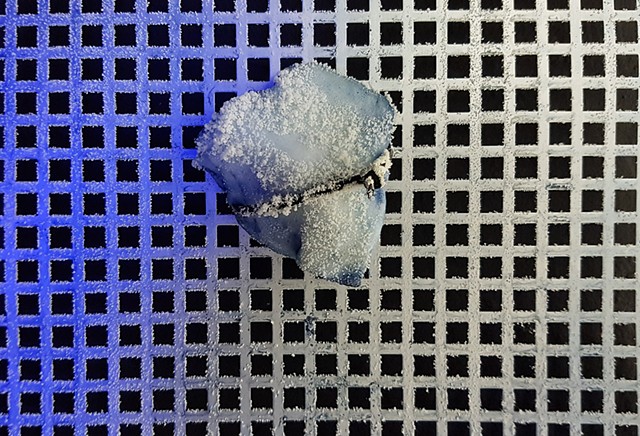 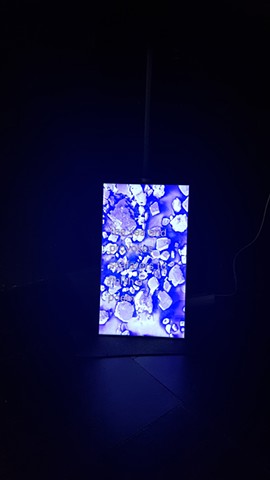 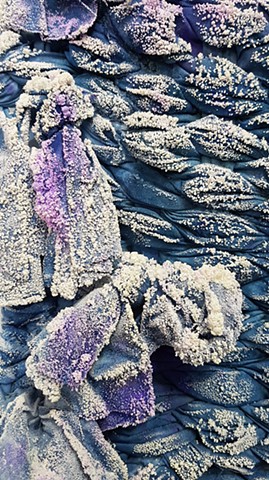 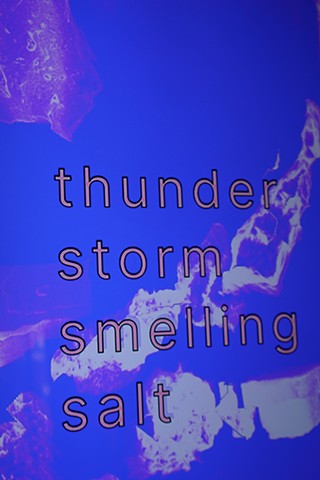 Blámi is a term for me to navigate and problematize nordic exceptionalism and whiteness. It is a term used to describe the blue fjords and the same word is used to describe when light skin shows bluish tones on fingers and toes when the body is deprived of oxygen. The deprived ecosystems at the hand of extractive capitalism. The first chemical blue pigment was created in Berlin serendipitously when blood from an ox, used for the making of smelling salts, was accidentaly used in another chemical mixture. The same pigment is used to provide iron ions for salt crystals to grow aka depression flowers, along with ammonia that increases the salt crystals growth. Ammonia is used today by weightlifters as smelling salts, to push through pain and increase adrenaline. Blue growth is a term for the new economy in the arctic where the sea is having a more central role with the melting of ice. Blue as a pigment is rarely found in nature. It is a color that came late into languages. In nordic languages it means dark. These threads and more where navigated in processes in sculptural elements and video lecture. Funded by Icelandic Art Center