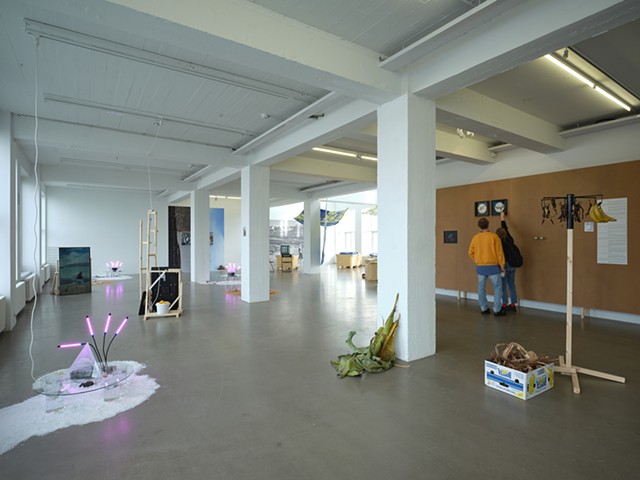 IMMUNE/ÓNÆM is a collaborative artistic research project exploring microspheres modes of existences via cross-border alliances by using the Nordic region and its ecosystem to learn ways of sensing. The project presents the urgency of re-learning to be sensitive, putting sensibility above the computational skill/habit of seeing Nature as a means to an end.

The project’s point of departure is Eggert Ólafsson’s and Bjarni Pálsson’s 1752–57 research log known as Travels in Iceland. Danish authorities assigned the two men to travel around Iceland and collect a comprehensive report of life. The report was published in four languages: Danish, German, French and English, but did not appear in Icelandic until 1943, a year before Iceland would gain full independence from Denmark, following roughly 500 years of colonial rule. Colonialism is known to have transformed physical space at every scale, reorganizing preexisting balances while, through new networks of free circulation, creating the habitats required for life, including microbes, to circulate and thrive. In the case of this particular island-state, however, these effects of colonization have arguably been reversed. The island’s geographic location and literal isolation, combined with the trade monopoly installed by the Danish colonial powers at that time, maintained what may be termed an artificial biosphere. To this day, public authorities refer to this catalogue to define which species belong to ‘Icelandic nature’. This ongoing maintenance of the island’s isolation makes it an interesting node to reconsider what defines ecological systems and their immune systems. The title of the research project IMMUNE/ÓNÆM touches on this by questioning the immunity of an island as a state of exception from the flux of microbes.

The project consisted of two preparation phases. From October 2020 till June of 2021 participants met online to present their focus drawn from the report. In summer of 2021 each participant had a research meeting in Iceland diving further into their topic. In The Living Arts Museum in Reykjavík, participants will show their results of research alongside a discursive platform with invited participants 19th of March – 1st of May 2022.