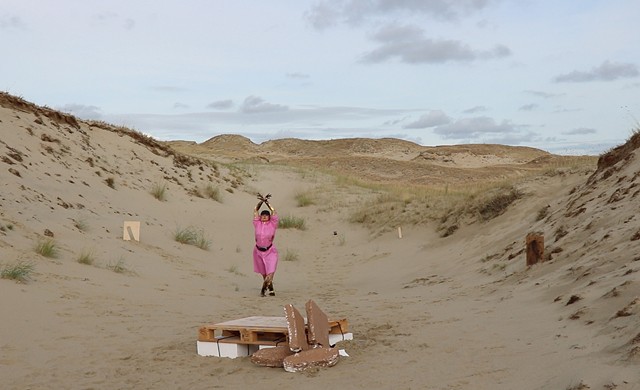 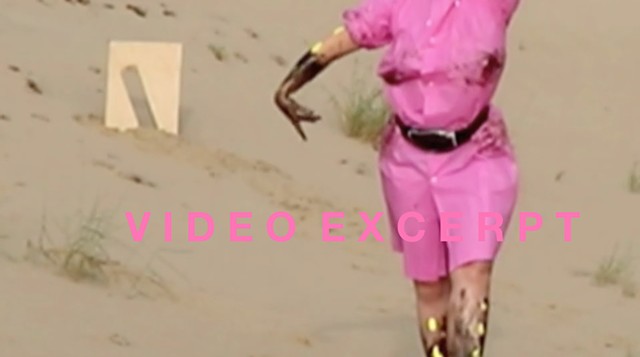 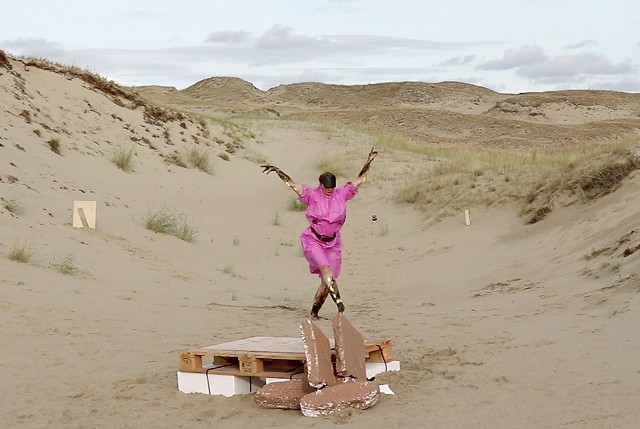 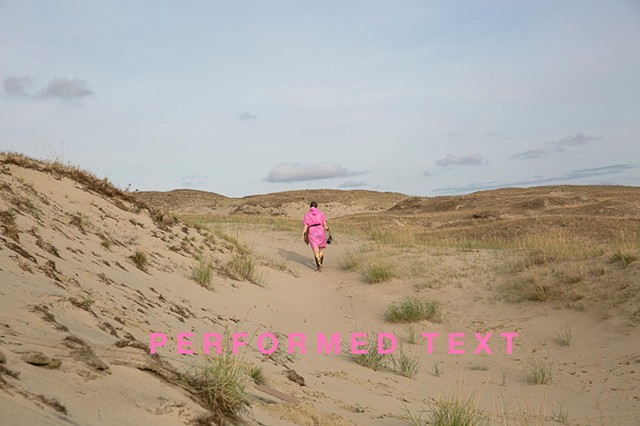 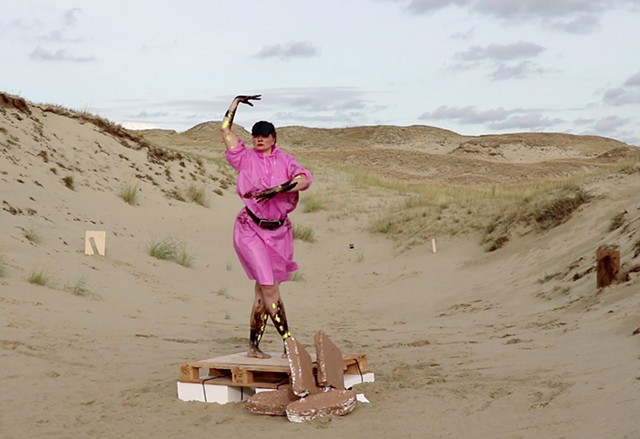 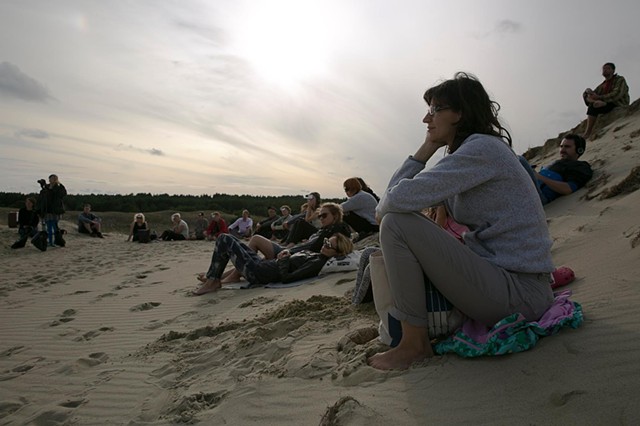 Performance for the exhibition When the Sea Looks Back (A Serpent’s Tale), Nida Art Colony, Lithuania, 16th of July-27th of August.

The performance was on the 26th of July after a six week residency at the Nida Art Colony. The performance is titled the same as an installation that was placed in the exhibition and refers to a series where the Mountain Woman, the national personifica- tion of Iceland, is used as an embodied starting point in deconstructed the term Landrað or treason, into land (land) and rað (advice or council), therefore presenting an another way of reading into land, outside of the perimeters of the nation state. The mythical figure of the Mountain Woman of Iceland was conceived by male poets at the beginning of colonised Iceland’s independence movement in the late 19th century. The female personification of Iceland has roots to ancient indo-european mythology, symbolising nature, the impenetrable national body with the surrounding sea of the island as her chastity belt. The performance was a lecture performance where the Mountain Woman danced flamenco, a dance form belonging to a nomadic periphery, while the audience listened to a traveling essay where the desert dunes of Nida where juxtaposed with the sand of Iceland and Sahara in a effort to designify meanings of exoticisation and other means of projection on land tied to the Capitalocene.