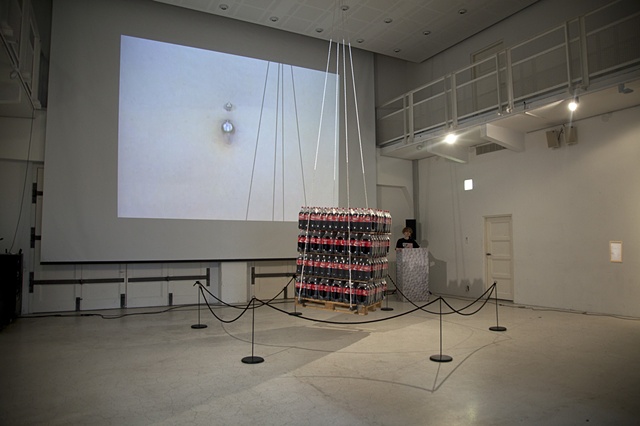 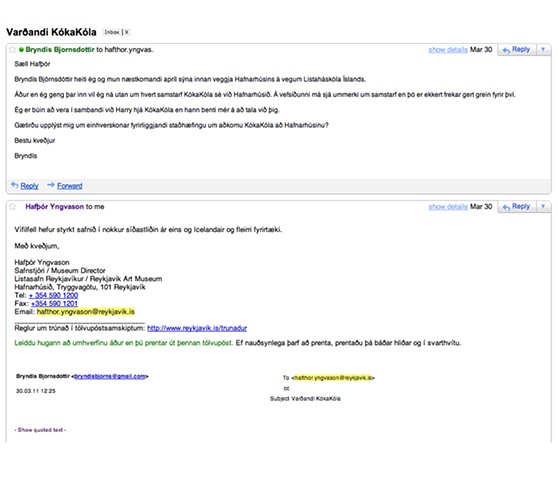 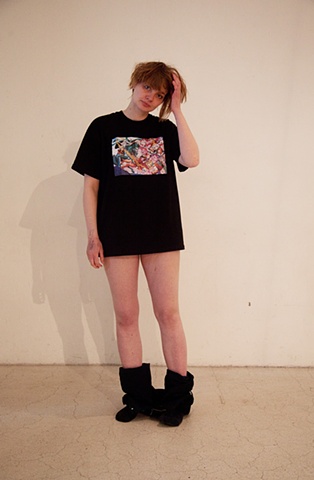 In the Reykjavik Art Museum, the museum director was asked to make a statement concerning the main sponsor of the museum, CocaCola. The response was that indeed CocaCola sponsored the museum. The trivial statement from the director was used as a point to approach the space. A ton of CocaCola was hung on a hook in the museum that took max 1 ton; a speech influenced by the dialogue with director was performed while a projected video showed the digestive process of the young artist intrigued by this new context in the middle of a navel inspection. The artist then portrayed herself as the newcomer by reflecting it in her attier as well.

Installation; One tonn of CocaCola, video on loop, speech podium, t-shirt with an image from Erró, strope light, sound piece, email from the museum director; 2011.