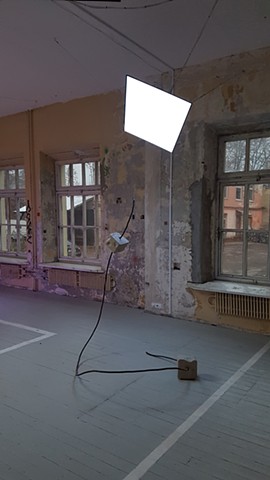 Mineral lick stones on a metal poles. Among animals, the need to lick the earth is so strong that they make long journeys to find the right puddle, with the right amount of salts and minerals. The trip there forms a path that it is said to have been used by early humans to hunt. These paths became roads and the roads became the infrastructure of what is called civilization. These salt stones appear as a unit of cosmic construction, a cornerstone of our environment, a starting point for a journey and a landmark for the state of nature and ecosystems and the tools involved. The previous exploitation of natural resources has driven nature into depletion and what is ahead is a period of terraforming, where we meet the planet in an attempt to shape it as if we were shaping another planet that we envision landing on.