Mountain-Woman are symbolic syllables of both Icelandic and Kurdistan origin. As a transversed version of Quota Queen, the hexed subaltern of the exploitative neo-colonial fishing industry of Iceland in North African waters, Mountain Woman, a transposed national personification of Iceland, presents a hymn of the motherland in a distorted magic of statelessness. A juvenescence voice in the state of becoming. 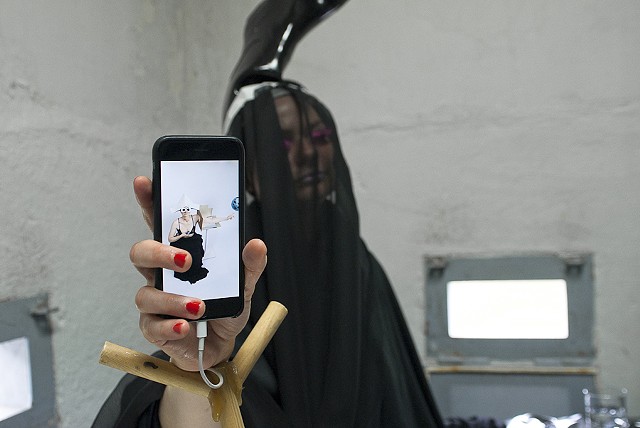