One of i(m)material girl’s performances, part of the 2011 Grassroot IV exhibition, was accompanied by an article that published in a national newspaper on the opening day. In the article she called for people to run with her through a street in Ásbrú, which, after the military’s departure, was hopefully renamed ‘the Life vain’. i(m)material girl pointed out a recent news report stating that Icelanders’ quality of life could not longer be properly assessed by their income and that jogging provided more solid ground for the measurement of one’s worth in society. I(m)material girl found that to measure one’s worth in sweat, the exhaustion of a body running in circles, rather than digitalized income, was a big conceptual leap that necessitated a dialogue. I(m)material girl asked people to reflect on this change in values by running the ‘Life Vain’ of Ásbrú Enterprise Park with a torch in hand. 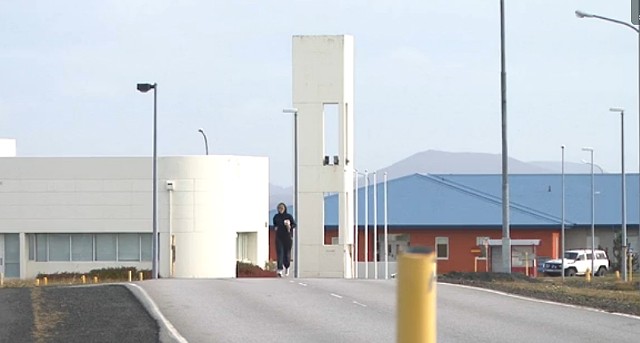