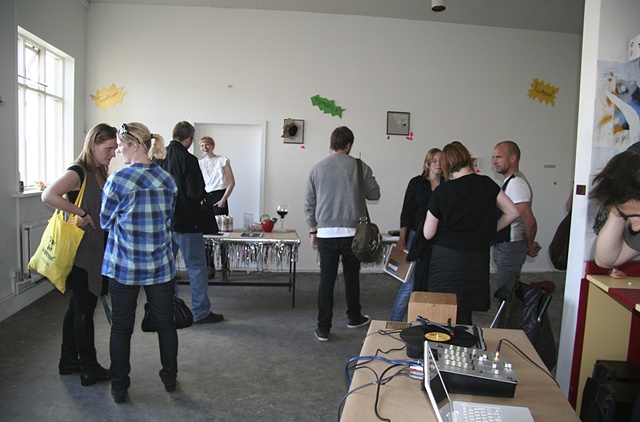 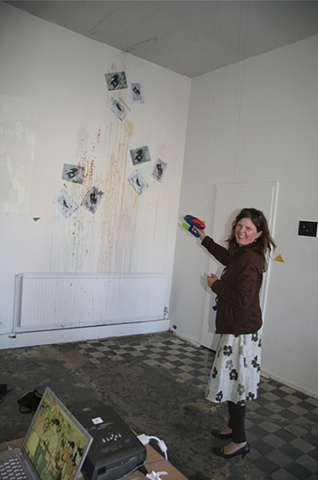 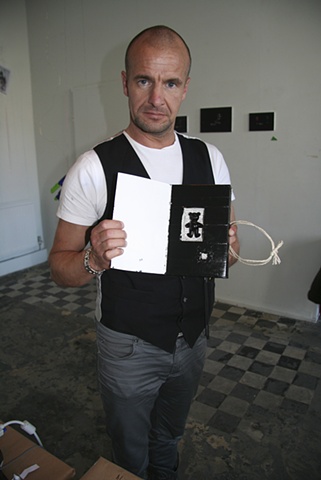 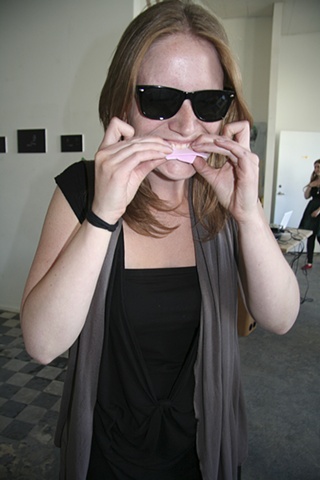 Tombóla is a word that can be translated as a lottery but in Iceland there has been formed a certain tradition around the word. Children of the age 6-12 go around peoples houses and ask if people can donate things for a Tombóla. The children then sell tickets for about 10 euro cents and the tickets have a number that corresponds to a certain item the children have acquired. The profit of the Tombóla is given to charity organizations. In this performance I made a Tombóla in the traditional sense but in this case I created art out of the things I got. Sometimes there were art pieces that people received other times people were part of the piece being created. For one number you had to bite into a foam material and leave your teeth mark. The teeth marks were collected and made an interesting piece. For me the process itself was very important so I made the process also visible in the exhibition.