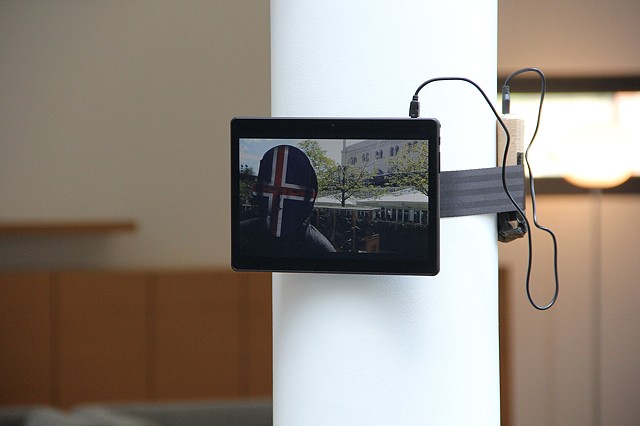 A mask produced for Icelandic football fans is the face of current nation branding scheme of Iceland. In May 2018, the same month as the majority of the Danish Parliament stated their support for the so-called burqa ban, I wore the mask in Denmark’s public space, Copenhagen’s amusement park Tivoli. The burqa ban or “covering ban” applies to all “comprehensively masking items”. In Denmark, however, wearing a mask in public has already been a punishable violation since 2000. The football fan mask and its nation branding scheme is no foreigner to Tivoli’s history. In 1905, Iceland and Denmark’s other colonies were put on display in the park. Some Icelanders protested being exhibited along with what they termed “ethnic savages”, while others saw the potential profitability of promoting the island. The mask worn in Tivoli and the reaction it received, brings Iceland’s racist nation-branding scheme up to date. Realised during FAIR residency at FABRIKKEN Copenhagen.