Performance for the political exhibition “Koddu” in Reykjavík Iceland. The title refers to the 20th century identity crisis of Austrian nationals caught between ethnicity and language, patriotism and post-nationality. The Koddu exhibition dealt with Icelandic identity, in particular after the financial crisis. The cake is a tradition from Danish colonial times and has been taken into the icelandic household as a token of celebration. One of the main sponsors for the exhibition was the baroness Francesca von Habsburg which is known for her donations to the Icelandic art scene. Dressed in a sophisticated attire I walked around the exhibition at the day of the opening, displaying the cake and reflecting on the atmosphere of the exhibition. A tone was thus set for the exhibition to contemplate identity crisis. 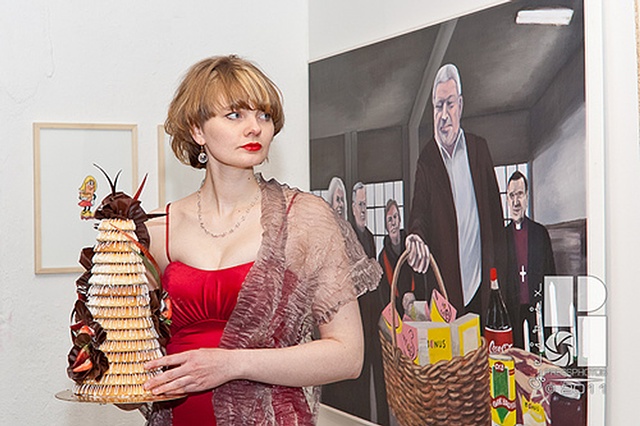